the first 3 steps to a new more humane leadership: purpose, time and learning 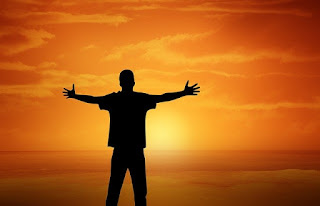 Until very recently, in order to lead you had to have followers, that definition of leadership, as the set of managerial or directive skills that an individual has to influence the way people are or act in a given work group, making this team work with enthusiasm towards the achievement of its goals and objectives. 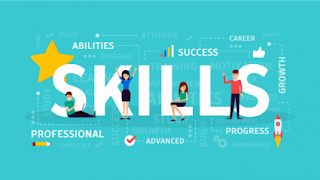 It is also understood as the skills to convene, promote, encourage and motivate people to achieve a common purpose by releasing the human potential of each individual. I agree more with this definition than with the first one.

In the first one it is taken for granted that managers and directors have to be leaders, nobody else, at most managers, with leadership programs or in a "divine" way has to have the gift of leadership. Leadership has to be cultivated at all levels in society, in organizations, etc., because it is composed of skills that are developed.

"In companies there are junior and senior people but not superiors and subordinates." Peter Drucker

Leadership is not about subordination and obedience, nor about the scale of positions (managers / directors vs. the rest), it is about self-knowledge and self-realization with a common purpose aligned with the rest.

Leadership allows to make others "successful" from self-leadership. Every person is a leader and we must be concerned about helping to release their potential.

In traditional thinking, giving answers was seen as a hero, but giving answers creates dependence on that person until they lose their humanity and do not own their own time (unconsciousness). Helping not to create dependency by allowing the potential to be released allows for conscious awareness and a purpose that you own.

A leader has to have a common purpose, aligned with the people in their context for a common goal and purpose to be achieved. 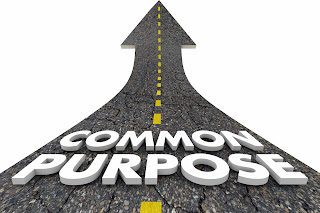 Currently, 88% of employees worldwide perceive that in organizations they are neither listened to nor cared for. The culture of feedback permeates everything, we seek feedback, radiators of information, but the mentality of continuous improvement or infinite growth mentality is often conspicuous by its absence. We want them to be more committed (to have commitment), because in this way they will be more productive, being more productive will give more benefits, but they do not worry about their welfare, to feel part and pillar of the organizations, in this way they end up involved but not committed.

We have an advantage that we are rarely conscious of in a deliberate way, we have a brain programmed to relearn, not as an option but as an evolutionary obligation for survival, the amygdala unleashes the famous "fight/run" behavior. The concept of current struggle is not that of millennia ago, we must adapt it with behaviors / habits to make it last, the current struggle is to analyze - shuffle options - select - act - feed back; for this we must contemplate an infinite mentality of growth where we have to unlearn to learn again, being critical of our own behaviors to establish a more plastic, adaptable and according to current and future times.

The changes today are part of normality, 50 years ago the changes were minimal, and slow, centuries ago even slower, today the change is continuous, and the way to address these changes can not be from denial and fixed mentality.

Unfortunately, the vast majority of curricula, bachelor's degrees and university qualifications educate us for the world of yesterday, not for today, much less for tomorrow, the gap between the education received and the real life or working world is enormous. Education must seek to empower and release each person's talent and passions, to generate an adaptive mentality of continuous growth that allows us to adapt to the comings and goings of today's world.

To be productive, people must have a shared purpose, generating capacity, habit and desire.

Most people born before the 1970s were looking for stability, because their parents had had the stability for life, creating constant habits that create beliefs.

Today's models of happiness cannot be sustained in that security and stability, because it does not exist in a world that goes 4x faster than in those decades. Change is constant and to be oriented to change continuously is the way to survive (the amigdala).

How do we help to achieve this change of paradigm?
We need interconnected networks that allow multiple intelligences (intellectual globalization), generating collaborative projects, accepting diversity and the enrichment of that diversity, as well as independent and creative thinking, promoting the culture of change as something recognized (acceptance) and natural (understanding).

We live in the era of lack of time, how many times have we been told in the last week "I don't have time for this now ...", when it is the only thing we control, our time belongs to each of us. Immediacy is for machines, not for humans.

When was the last time you could enjoy an hour-long conversation with a colleague without looking at your cell phone or having to answer? We are more concerned about what might happen than what is happening. Going so fast is purposeless, and purposelessness kills our human behaviors.

What makes us human are the adaptive skills (I don't like the term soft skills), those skills are the ones we have to redevelop, unlearn in order to relearn them:
- Emotions
- Honesty
- Sensitivity
- Vulnerability
- Humility
- Listen to
- Help
- Curiosity
- Learning
- Creativity
- Judgment
- Intuition

Learning provides us with knowledge that gives us consistency. For this we have 2 parts in one being, your personal self and your professional self, as long as we do not live in congruence we will not be happy. 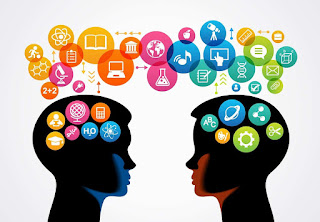 For this reason, our identity is forged by ethics, based on our principles, values and behaviours that adapt to our context and forge the morals that govern our behaviour.

In the face of continuous stress we weaken until we break, we have to strengthen ourselves little by little, not with continuous stress, but with small doses of stress that make us grow and never at the expense of others (it is not ethical) but thinking that the sum of many fragilities makes us anti-fragile, as a group, organization, society, etc.

Primitivo Cachero Viejo
Primitivo Cachero has been in software development for over 25 years and the last 10 years in Agile transformations, at the first line in all existing rols to finally from strategic level evolve process, culture, people, products & services, with sustainable business to survive at this uncertain today world.

His vision is a society with better products & services to evolve towards a more humane & adaptable world.

A purpose, mission & vision aligned to have a better world not only for us, but for future generations.

Helping in all this as creator of the TESTA method (Transform Emotions & Sentiments Transcending through Actions), life, leadership & business coaching.